Official site NIVA.SE goes online and presents information about the new album “Magnitude” which is available August 30th through the German label AOR Heaven. The album will also be released in Japan through Marquee Avalon September the 18th but then under the subtitle “Gravitation“. 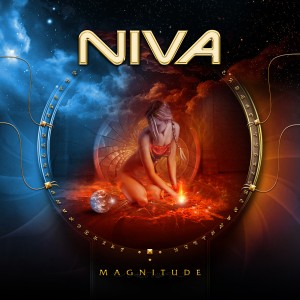 Tony Niva is heading towards a new album release with NIVA and the album is called â€œMagnitudeâ€ which will be released through AOR Heaven in August 30th, 2013. The album is produced and engineered by Marcus Persson at CM Music with the executive producer Tony Niva. Mix and master is done by Thomas Plec Johansson at The Panic Room studios. Tony stated â€œIt feels really great this time to use the original band name NIVA, along side with our new European and Japanese label and to feel that the course we’ve taken feels just right in terms of musical foundation and original sound-stage.â€